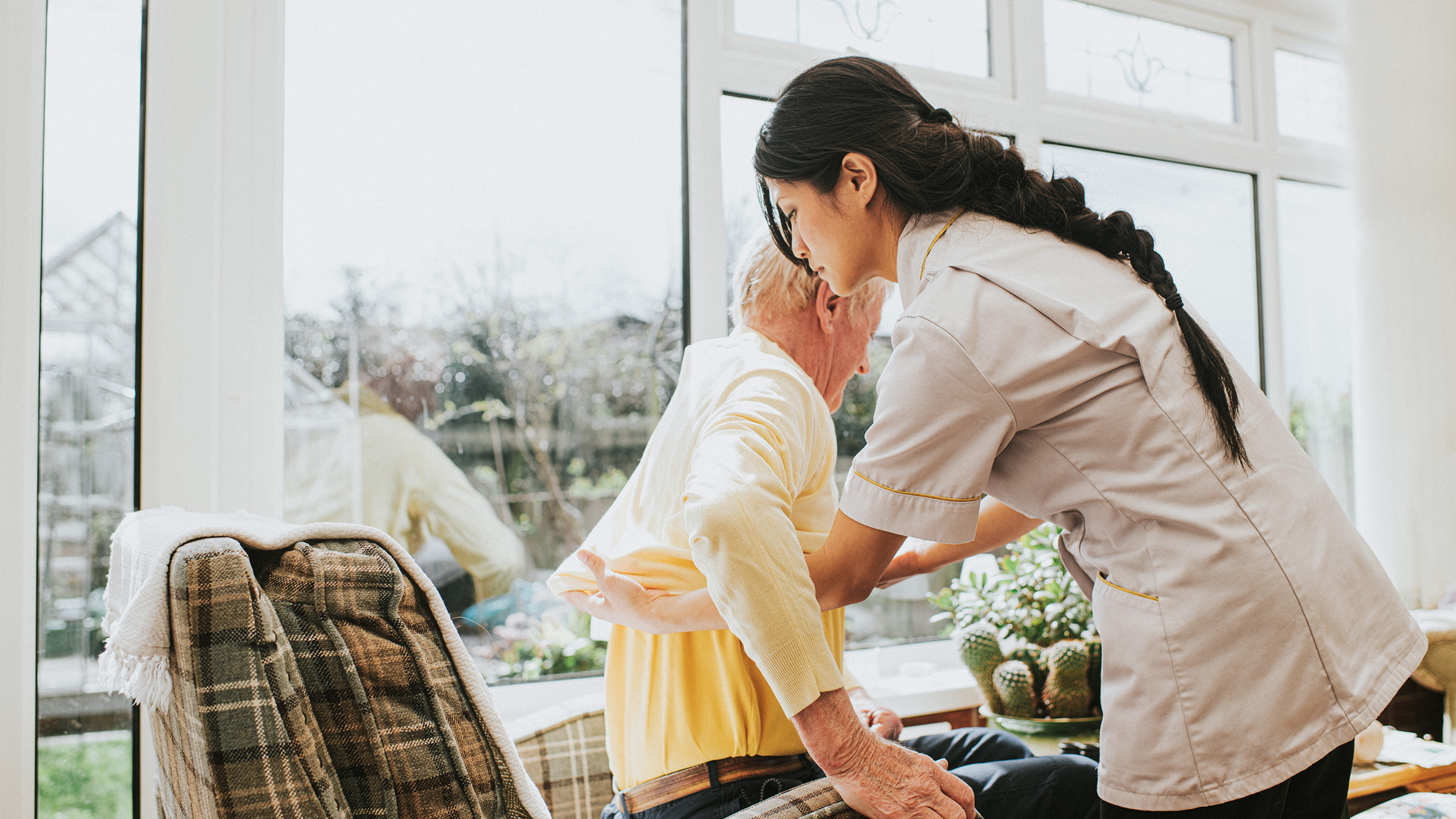 Rishi Sunak’s administration is not even two weeks old, but it faces a daunting array of challenges across the policy spectrum. From the energy crisis and the fiscal black hole to illegal immigration, a crisis in the NHS and a political impasse in Northern Ireland, the government needs answers quickly. In recent months, the Tony Blair Institute for Global Change has been developing its agenda for the Future of Britain, offering innovative policy solutions to many of these pressing questions. Here we outline some of our recent proposals to address the issues at the top of the prime minister’s in-tray.

Despite Chancellor Jeremy Hunt’s U-turn on the majority of the Truss tax cuts, his most pressing task is to regain fiscal credibility at a moment when the public finances are under severe pressure. A combination of higher borrowing costs, the need to support households with rising energy costs and weaker-than-expected economic growth is likely to leave government borrowing elevated for years to come. In the wake of the mini-budget, TBI’s fiscal forecast with Oxford Economics suggested that government debt was likely to continue rising as a share of national income well into the middle of this decade in the absence of further policy action. Current fiscal rules were also set to be missed by a wide margin. Although the reversal of most of the tax cuts announced in September’s Growth Plan will have helped the situation, it looks like fiscal tightening in the order of £40–50 billion will be needed in the forthcoming Autumn Statement to get the current budget back into balance and see debt falling as a proportion of GDP.

One area that the chancellor should be considering is tax reform. While the Truss administration worried about the level of taxation, what matters more for economic growth is the form it takes, with some taxes more economically damaging than others. As we have outlined previously, taking a strategic approach to tax reform could ensure that the additional tax revenue needed to fill the fiscal hole is raised in the most efficient way, addressing the climate challenge and intergenerational unfairness into the bargain.

Following the fiscal fallout of the mini-budget, the government has already been forced to tear up plans for its two-year Energy Price Guarantee. The pressure was already on to find a new approach for businesses, but the government now faces the unenviable task of readying an April replacement for household support too.

Worryingly, this comes amid growing concerns that for many the Energy Price Guarantee is already insufficient, and at the precise moment prices are set to reach their highest levels yet – around £4,500 a year for the typical household.

With expectations that next winter could be even harder and a “new normal” of higher prices could follow, a more sustainable approach is required. But cutting the costs will not be easy. For all the talk of targeted support, the realistic options are extremely limited. The new PM will therefore need to take a hard look at incentives to reduce demand, especially for less vulnerable households and businesses.

The fact is that households will need support for as long as prices remain unaffordable to them. A long-term crisis requires long-term solutions. This means that, on top of reforming support, action to reduce windfall profits, permanently reduce demand and rapidly increase access to a clean, secure, domestic energy supply are essential. There is no time to waste.

The shocking events at the Manston processing centre have once again brought into sharp relief the need for a workable plan to clear the asylum processing backlog while reducing the pressure caused by small boats seeking to cross the English Channel. The government's signature policy response – a  scheme to fly some asylum seekers to Rwanda (regardless of whether they had a valid claim) – aims to deter others from seeking to arrive in Britain.

The problem is, even leaving aside legal concerns, there is very little evidence that the policy will meet its own stated aims. Indeed, if anything, the government’s policies are likely to further incentivise asylum seekers to attempt dangerous irregular routes because the lack of meaningful viable ones means there is nothing to lose. Meanwhile, the lack of an identity-verification scheme and the diminished capacity to return those with invalid cases to other countries means there remains a strong incentive for asylum seekers to try their luck in order to then “disappear” into the black economy.

Rather than tough-sounding headlines, there is an urgent need for a workable plan along the lines we outlined in the summer. First, the government needs to open a targeted and limited legal asylum route, with a new humanitarian visa granting asylum seekers the right to have their claims properly considered in British embassies abroad pending a full resolution of their claim in the UK. Second, we need to deal with the demand side of irregular migration, with a system of digital identification for all citizens, ensuring that those who want to work and access benefits will need to be able to demonstrate they have a legal right to reside. The third element of a better approach involves deterring dangerous boat journeys by negotiating an agreement with the EU (or selected EU countries) covering safe returns and joint operational enforcement against smugglers and traffickers. And finally, we need a systematic focus on clearing asylum-case backlogs and speeding up processing, learning lessons from reforms adopted in the 2000s.

Such an approach would go with the grain of majority public opinion – polling commissioned by TBI has demonstrated that when asked to choose between the principles of “fairness” and “deterrence”, a majority prioritise an asylum system that is fair, even if that means allowing more people to arrive and stay in the UK than is the case now. It also reveals majority support for workable alternatives to the government’s Rwanda plan, including the introduction of a system of digital identity verification and the opening of safe and viable routes for asylum claims.

The new prime minister is reportedly ready to put education at the heart of his agenda, saying that if there were “one silver bullet in public policy” to improve lives, it would probably be better education. As part of this drive, he is apparently keen to introduce a new “British Baccalaureate”, which would potentially change the face of post-16 education.

Given the turbulent economic climate and the importance of human capital in driving growth, a renewed focus on improving education would be most welcome. It is also encouraging that Mr Sunak is willing to countenance bold changes to post-16 assessment, which echoes proposals we made in our recent report on reforming education.

As our paper outlined, high-order skills are increasingly in demand in a rapidly evolving labour market, and yet education remains stuck in the past. As a country, we ask pupils to over-specialise at 16 and test a very narrow range of skills. Instead, young people should be gaining much broader experience, and we propose an International Baccalaureate-style model to help achieve this.

Health and social care is one of the most pressing challenges facing the new administration. A&E wait times and ambulance response times remain close to record highs, the elective-care backlog has risen to over 7 million in England and the NHS still has more than 110,000 staff vacancies to fill. A growing number of hospitals are already declaring “critical incident” status, and this will worsen in the coming months.

In August, we set out a number of actions the government should take immediately to help get through the challenging winter ahead. The government has taken forward some of these proposals, but much low-hanging fruit remains – not least settling pension arrangements for experienced clinicians and mandating the use of high-quality face masks in care settings. With a tightening fiscal picture and risk of industrial action on the horizon, the government faces difficult choices, but it must go further if it is to avoid a significant increase in excess deaths this winter.

Meanwhile, the government can’t afford to take its eye off the longer-term challenges. Demographic shifts and chronic underinvestment have left the future of health and social care system more uncertain than ever. The government will need more comprehensive strategies to reduce demand through preventative-health measures and to reform the NHS through new public-service-delivery models to drive performance and innovation and get the most out of limited resources.

Relations With the EU and Northern Ireland

When Rishi Sunak entered Downing Street he inherited an uneasy political relationship with the European Union and a stalemate in the talks over the Northern Ireland Protocol, a treaty that governs post-Brexit trade between Northern Ireland and the EU. However, as a recent exclusive poll for the Institute found, over two-thirds of the British public want the UK government to be a constructive partner of the EU, offering Britain’s new prime minister the political space to be more pragmatic than his predecessors. Our poll also found that there is little appetite among the public for a radical post-Brexit deregulatory agenda, causing a headache for the government as it pushes the controversial Brexit Freedoms Bill through Parliament, which is designed to scrap laws inherited from the EU within the UK.

Meanwhile, Northern Ireland has become embroiled in fresh post-Brexit uncertainty as political parties have failed to restore power-sharing after the Democratic Unionist Party, the biggest unionist party, vetoed the formation of the region’s governing institutions. A new election is looming for Northern Ireland in the new year. At the heart of the deadlock is the controversial Northern Ireland Protocol which, the unionists argue, has undermined Northern Ireland’s place within the UK. Earlier in the year, the Institute warned about the risks of a new election and published proposals for resolving the stalemate over the Protocol.

We will be setting out further ideas on the UK-EU relationship in the coming weeks.